We are really excited to share with you the release 1.2 of DGtal and its tools. As usual, all edits and bugfixes are listed in the  Changelog, and we would like to thank all devs involved in this release. In this short review, we would like to focus on only few of them.

Yes.. it has been quite a long requested feature and we are pleased to introduce you the brand new (partial) python binding (kudos Pablo Hernandez-Cerdan). At this point, only a few collections of classes/functions are available in the binding (mostly, basic kernels, some image containers and many topology classes), but everything is set up for further improvements.

To give you a glimpse, just

and then here you have just a quick example of the computation of the Euler characteristic and simple point tests on random sets:

To learn more about the binding, please check this Pull-Request. Please note that all python objects have a pretty self-exploratory documentation. Just use ipython to inspect the objects.

Many new features on the Geometry package, including plane probing based normal vector estimators, and the Quickhull algorithm in arbitrary dimensional lattice space, used to speed-up the new convexity package that was introduced in the release 1.1. 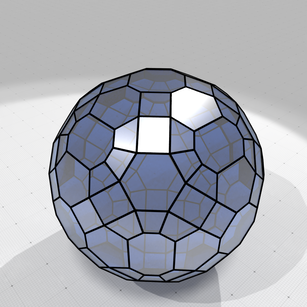